Why is My German Shepherd Reactive to Other Dogs?

Your German Shepherd can be reactive to other dogs because of socialization deficits.

A prevalent issue is a dog and human aggression toward strange dogs and people.

This behavior typically results from fear and territoriality.

Hormones, genetic and neurophysiologic components play a role in its development.

Here is all the information you require regarding aggression in GSDs and how to assist.

Why is My German Shepherd Reactive to Other Dogs?

Lack of socialization is one of the main causes of German Shepherd assaults on other dogs.

Some GSD struggle to learn the skills to interpret other dogs’ body language.

This happens because they have not received the essential socialization.

They must get exposed to dogs for a sufficient amount of time.

In the study “Fear and aggression in GSD, Boxer and Rottweiler dogs” by the Veterinary University of Stara Zagora, the predispositions for aggressiveness in three breeds were analyzed.

These dogs were isolated from any socialization, and only food and water were brought to them.

The Breto method was used to trace the seven behavioral activities and keep an eye on the dogs.

They determined that the Rottweiler breed was more prone to fear-aggression circumstances.

Compared to the GSD, it had a higher prevalence of fear-aggressive situations (6 points).

This brings us to the conclusion that socialization is crucial in preventing aggression. [1]

Another reason dogs fight one another is when one of them is very excited or energetic.

This happens during early meet-and-greets or even casual play.

In these situations, the dogs are more likely to become highly stimulated.

When it occurs, your GSD may become violent to calm the dog or to protect itself.

This can manifest as nipping, lunging, snarling, or even biting. [2]

Your GSD may try to demonstrate dominance over other dogs by attacking other pets.

Some examples of dominant behavior are:

A study named “Predatory aggression in GSD” was conducted by the Universidad Andrés Bello:

“Some authors showed that predatory attacks, which usually cause severe injuries or the death of the victims, could be influenced by emotional factors, such as anxiety or frustration, which modulate their expression.

Among the main causes of dog killing aggression toward humans and conspecifics is insufficient socialization with these species, and previous unpleasant or traumatic experiences could play an important role.” [3]

When a GSD is hostile towards the other dogs, some owners overlook visiting the vet for their pet.

This should be their first move, especially if they notice other unusual symptoms.

If your German Shepherd bites the other dog in the house, this is a warning sign.

Especially if the dog is friendly and hostile.

This condition can be only a torn nail or burned paws.

But it can also be a concerning medical condition that seeks treatment. [4]

Your German Shepherd adores you and considers it their job to guard you.

This may result in them barking at other dogs in an attempt to keep them away.

Gently reassuring them that everything is fine can come in handy.

Also, make sure that a stranger does not approach aggressively will help your dog warn them.

53% of those who gave their dog to a shelter indicated that their dog had hyperactive behavior.

13% of dog owners stated that their pet’s disobedience was the leading cause of surrender. [5]

If your GSD attacked another dog, it is possible that the other dog was too close to a prized possession.

Causes of aggression toward other dogs include:

Your GSD could become confrontational or fight another pet to protect these resources.

Be wary of bringing in a new puppy and allowing it to raid your older dog’s food dishes, beds, and toys.

This may agitate the older dog and result in a dog attack.

When a female GSD gives birth to puppies, she may become territorial and aggressive.

Here are a few statistics on GSD attacks done by Dr. Ed Frawley:

Do German Shepherds Grow Out of Reactivity?

Studies and professional training have shown that dogs can grow out of reactivity.

The first crucial step is to stop letting the dog continue to absorb his reactivity.

For the majority of owners, this entails adopting lifestyle adjustments.

Some owners of aggressive dogs must temporarily cease taking their pets for walks.

Your dog’s reaction will become more ingrained each time it is pushed above its limits.

This makes sense from an evolutionary perspective.

Extremely traumatic and bad experiences are retained in memory for an extended period.

It stops dogs from frequently putting themselves in risky circumstances. [7]

Avoid putting the dog in a training environment where it will underperform and “flip out”.

It can develop an even worse attachment to its trigger and become more aggressive. [8]

How Can I Help My Reactive German Shepherd?

You can help your reactive German Shepherd by providing a proper training program.

Most of the time, your dog won’t act aggressively without cause.

To stop the behavior before it becomes a habit, you must try to determine why your dog is behaving out.

Since a dog cannot speak to you verbally, it is crucial to pay close attention to your dog.

Owners need to keep an eye out for any signs that they may be becoming violent.

It might help to remove the apparent threat, kindly assuring your dog that everything is fine.

Owners should keep anything or anyone encouraging their dog’s behavior away from them. [9]

German Shepherds have a great deal of energy that, if not let out, can fester.

Make sure the dog gets a lot of workouts every day.

Walk them or let them play in your garden.

Toys should be available throughout the house for children to play with when they are inside.

It’s crucial to keep in mind that most dogs do not misbehave unless they perceive a threat.

Teach your children how to engage with your dog if you have any. [10]

Your GSD may strike out if your children mistreat them.

Also, if they are harsh with them or won’t leave them alone when they’re sleepy or occupied.

German Shepherds might get aggressive when they don’t get what they want.

Teach them a trick or action they can use to get whatever they want. [11]

Train your dog, for instance, to wait politely at the door to signal when they want to go outdoors.

These kinds of training will stick with your German Shepherd fast.

How do I Keep My Dog from Being Reactive to Other Dogs on Walks?

You can keep your dog from being reactive to other dogs on walks by socializing it frequently.

It is essential to take them on regular walks and remove the possible triggers of aggression.

They should learn to obey you and signal when they need something.

If you cannot train them on your own, you should consider a professional dog trainer. 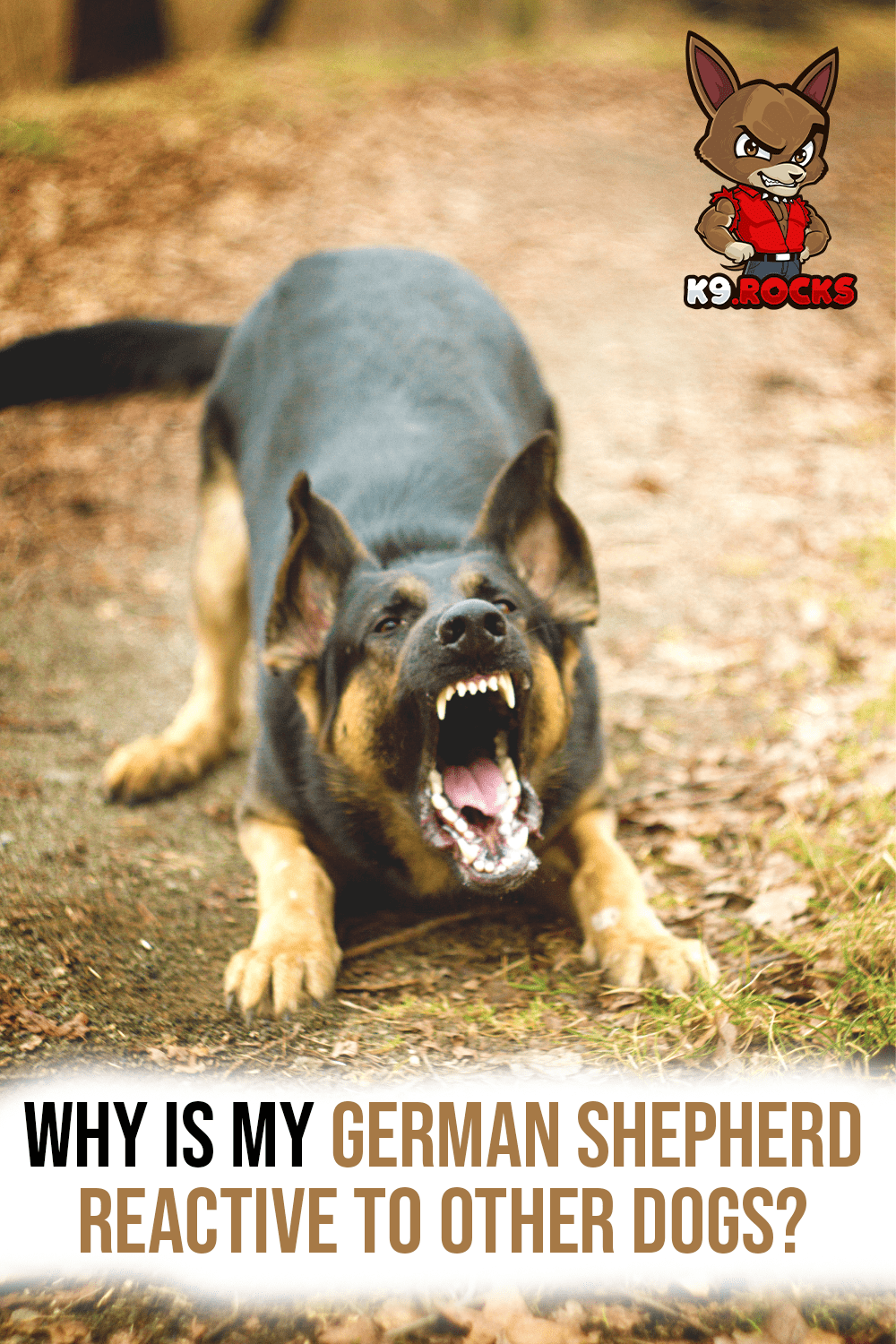 Why Does My Dog Walk In Circles While Pooping? 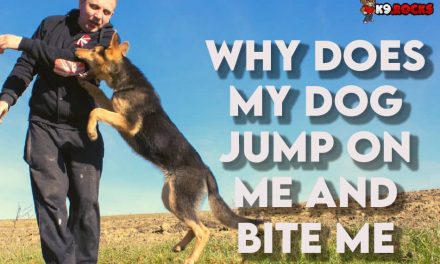 Why Does My Dog Jump on Me and Bite Me?