Why Do Dogs Age So Fast?

There is a simple rule of thumb to compare the development of dogs and humans. It says: If you multiply the age of a dog by seven, the result is its age in human years. A seven-year-old four-legged friend would therefore be as developed as a two-legged friend at 49. Unfortunately, this rule of thumb is wrong.

Various scientists have shown this in the recent past. When it comes to research into the life and death of dogs, American geneticist Daniel Promislow is from the University of Georgian expert. In a recent review that Promislow wrote with his German colleague Cornelia Kraus, the researchers compared several hypotheses for 74 breeds that could explain the different life expectancy.

Accordingly, it is not the case that large dogs are born significantly sicker than their small relatives. Instead, they are unlucky enough to age faster. The researchers conclude that the risk of death increases significantly faster than large dogs than small dogs.

Correspondingly, typical age-related diseases such as cancer occur earlier in large breeds. A group around Promislow found this out back in 2011.

Veterinarians and dog owners have known this for a long time. The 7-year rule problem is that all representatives of the genus Canis lupus familaris are lumped together.

Danish mastiffs live less long on average than dachshunds. In general, large dogs die earlier than small ones; the larger a dog breed, the faster its representatives seem to age on average.

Therefore, let’s say you have a 1-year-old dog. It equals 7 years old child.

By the time your dog turns 5 years old, it equals 35 years old for a human. That’s why dogs age so fast and are mature in that year.

How Long Do Dogs Live

There is no exact number if we talk about the dog age limit. According to the conversion formula dog years / human years, the newly minted record holder Max would be the absurdly old age of almost 210 years.

Scientific accuracy is now provided with more studies. The most interesting finding is this: Large dogs do not have as high a life expectancy than small ones.

This study explains the early death of a giant dog named Zeus. As far as the Guinness Book of Records is concerned, that could be true. Pusuke and Max were also of small dogs.

For dog lovers, there are harrowing differences that a researcher at the University of Göttingen has discovered. While representatives of large breeds such as mastiffs and St. Bernard dogs only have five to eight years of age, terriers, dachshunds, and other crooked legs come from ten to 14 years old to almost twice the life expectancy. The study was published in The American Naturalist after examining more than 50,000 dogs and 74 breeds.

“Large dogs grow very quickly, and we suspect that this is the reason for rapid aging,” says Cornelia Kraus, evolutionary biologist and author of the study. Some large dogs are grown up at three years of age and died at seven.

Three factors can affect how long your dog live

Giant species such as Great Danes, English mastiffs, and St. Bernard dogs are the earliest. They rarely experience the age of ten. Small breeds are often at their peak at this age, in the prime of their lives.

It seems like its adult life run in fast motion. Giant dog cells divide faster, making them more susceptible to tumors. Not only do large dogs age faster, but they also die more often from cancer.

In the results of her study, researcher Kraus sees an imperative for dog breeders: “They should breed less for extreme size, but more for life expectancy. Then the owner and the dog have a longer life (together). ”On average, pedigree dogs live shorter than mixed breeds.

Some breeds are so disadvantaged that they override the size rule: The English Bulldog, a medium-sized dog, has the shortest life expectancy: Bulldogs die on average at six years of age, while a poodle of the same shoulder height usually doubles, and often even triple, that Years of life reached. “If you want to live with your dog as long as possible,” says Kraus, “you have the best chance if you choose a mixed breed and a rather small one.”

Most important factor: the master

In another study, Kate Creevy from the University of Georgia has also discovered that height is decisive for life expectancy. Creevy studied the effect of offspring on the life expectancy of 40,000 dogs (male and female!).

In short: neutered dogs live significantly longer than dogs with families. The difference is about two years. “However, castration increases the risk of cancer,” says Creevy.

Health, age, cancer – is it a coincidence that the decisive factors are the same for humans and dogs? “No,” says Creevy, “dogs live in our houses, sleep like us, eat our food.

Everything that affects our life and health affects them too. “With the life expectancy of humans, that of dogs has also increased. The small animal clinic at the University of Munich has documented the trend.

At the end of the 1960s, less than a fifth of all dogs in the clinic were older than ten. Thirty years later, those over ten made up more than half.

Why Do Dogs Have Short Life Spans

The fact is, your dog may have long or short life spans. So, how old is your dog?

Instead of the 1: 7 formula, experts recently propose a complicated equation consisting of years of age, height, and race. All new findings have been incorporated into this formula. It also provides various calculation methods depending on the age of the dog.

For young dogs up to two years of age, the body size is decisive:

Some animals live for a few decades: elephants, eagles, and humans, for example. For others, life is played out short. For example, cats age so fast. However, others can swim in the ocean live for centuries.

Evolution researcher Alexander Scheuerlein from the Max Planck Institute for Demographic Research explains possible reasons for these extreme differences to the “ world.” Among other things, animal resources, size, fertility, wisdom, and the ability to hibernate can play a role in aging.

The Greenland Shark also probably owes its high life expectancy to life on the back burner. It feels most comfortable at water temperatures of around six degrees. Due to the cold, the animals mature and age very slowly. Female Greenland Sharks do not reach sexual maturity until they are 150 years old.

The researchers observed a specimen that is almost 400 years old: This makes the Greenland Shark the oldest known vertebrate, as they find out in the specialist journal Science.

Another bonus is the size of the bowhead sharks. As a result, they have fewer natural enemies than, for example, small fish such as the turquoise prodigy fish.

“A smaller animal lives more dangerously and should concentrate on having as many offspring as possible as early as possible,” Scheuerlein explains. “A huge animal, on the other hand, should invest its resources in a long life.” 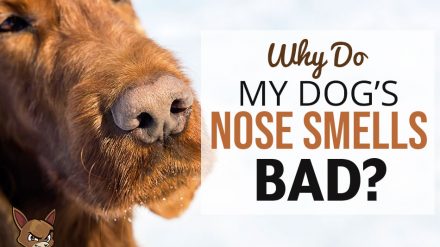 Why Do My Dog’s Nose Smells Bad?

What Are the Side Effects of Deworming a Dog?

8 Reasons to Adopt a Senior Dog