Why Do Chow Chows Have Blue Tongues?

The reason that the Chow Chow has a blue tongue is found in its genetics. It happens because both the mucous membranes of this dog have blue pigment cells that other breeds do not usually have.

Chow Chow is not alone. There are similar breeds of dogs that come from the East, Japanese and Chinese breeds automatically come to mind, such as the Shiba Inu and Akita Inu.

In this sense, the Chow Chow is probably the most popular dog of Chinese origin. However, very few know specific details of this precious dog, such as its character.

The explanation for the bluish color of its tongue lies in genetics since the mucous membranes of this dog have pigment cells that other breeds do not have. These cells have pigments inside them that give them this characteristic color.

Chow Chow has a more significant amount of these cells in its body, which is why the tongue of this dog is different from that of other animals. In addition, these cells are not only found on the tongue but are also located on the mucous membranes, which is why Chow Chow is the only breed with black gums, lips, and palate.

Some scientists further argue that the adaptive evolution of the animal could have developed this genetic mutation. It can also happen by an accidental alteration within its genealogical tree.

However, this animal is not the only one that presents this uniqueness. Other species such as giraffes or polar bears also have a more significant amount of these pigment cells.

It is not in the same way as the Chow Chow. That is why scientists have not been able to establish a relationship between this breed and other animals.

Chow Chow’s blue tongue is not poisoned. In fact, We can find other breeds that also have black lips and palate, such as the Shar-Pei. The difference is that their mucous membranes are not wholly dark. Likewise, there are more than 30 different races that also have black spots on their tongue.

Because of their physical resemblance, sometimes we are wrong in thinking that our dog is a Chow Chow, and any of these breeds could be mixed with one without having more significant changes than the change in the color of the tongue:

Keep in mind that Chow Chow does not have to be born with the tongue of this color. It darkens as it grows,  from two or three months. And if the animal is crossed with another breed, it can alter this genetic condition. Many of these dogs are also known to lose pigment as they age and revert to pink tongues.

The Chow Chow is a very peculiar dog that stands out for its blue tongue. It has its origins in China, and its name means ‘bloated lion dog’. In addition, although it has a very peculiar tongue, this animal has many curiosities.

The Chow Chow has a relatively calm and reserved character. It is a magnificent watchdog since it originally protected Buddhist temples.

They are animals loyal to their family, although they are reserved with unknown people. In the past, they were also used as sheepdogs, which is why they are always on alert or watching.

As for the care of its coat, the Chow Chow requires frequent brushing and a specific shampoo for its coat. Also, it is recommended that they go to the dog groomer once a month to avoid the appearance of knots or skin problems.

What Dogs Are Prone To Liver Disease? 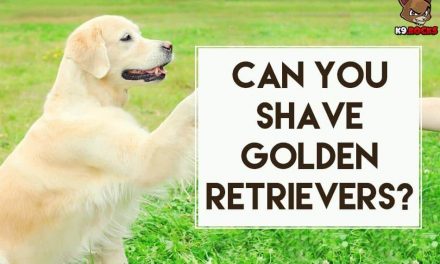 Can You Shave Golden Retrievers?

10 Dog Breeds with the Loudest Barks